The Woolworth Tower Residences: A Century of Style and Sophistication - KB Park 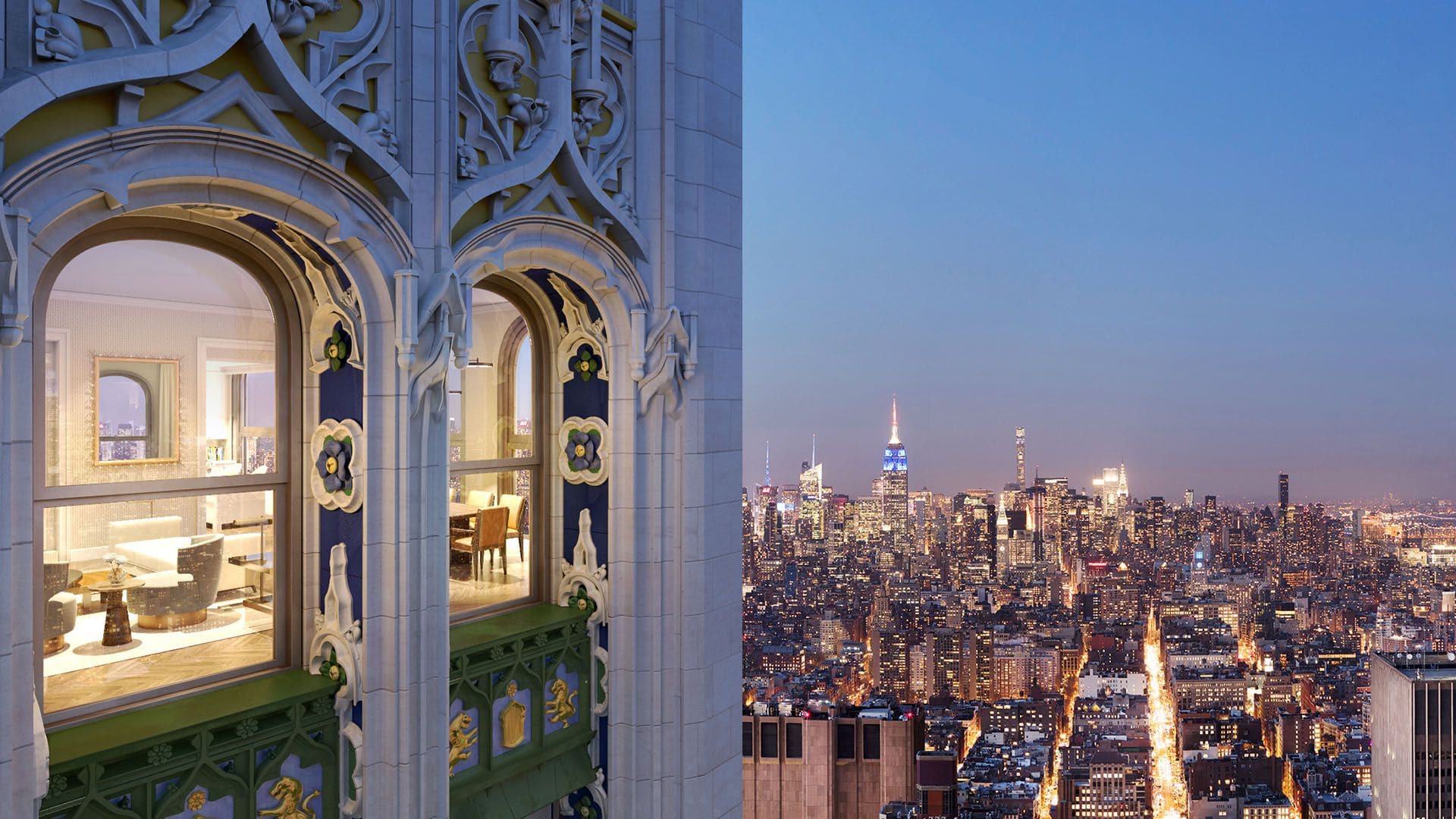 The Woolworth Tower Residences have a special place in all our hearts at Knightsbridge Park. Located in the upper reaches of the landmarked Woolworth Building, these exquisite homes are a part of New York City architectural history, complete with interiors that draw inspiration from the city’s rich past and chic future.

Come with us on a journey into the history of this iconic building and fall in love with it as we did!

Envisioned by Woolworth in 1910 as a triumphant expression of his place in a line of merchants stretching back to the Middle Ages, the skyscraper broke records for construction speed, setting a new pace for high-rises that would define the Manhattan skyline for the next few decades.

Completed in 1913 and welcomed with a lavish ceremony during which President Woodrow Wilson turned on the building’s lights from a switch installed in the White House, the Woolworth Building was not only the world’s tallest building but also one of its most technologically advanced.

Exterior lighting and high-speed electric elevators set a new standard for skyscrapers, while Woolworth’s decision to rent out most of the tower’s floors instead of reserving the entire building for his own firm’s offices created the model for urban office buildings that we still use today.

While the Woolworth Building was an office building first and foremost, Frank Woolworth reserved some of its floors for his private residences, previewing the stylish homes created almost a century later as The Woolworth Tower Residences. His private office on the 24th floor was the most stunning of these private spaces, decked out in Napoleonic gilt to honor his obsession with the Corsican emperor.

Another feature, his private basement pool, has been restored to its original glory after decades of disuse and is part of the amenity suite available to current residents.

The tradition of sophisticated Downtown living is truly being brought into the 21st century with The Woolworth Tower Residences, which combine Gilbert’s singular vision with modern touches like open floor plans and fully equipped kitchens and baths.

The Knightsbridge Park team will always be committed to promoting beautiful homes, sophisticated lifestyles, and productive work environments. Contact us to learn how we can help you find your audience of potential buyers/renters and tell the most engaging and comprehensive stories about your buildings.