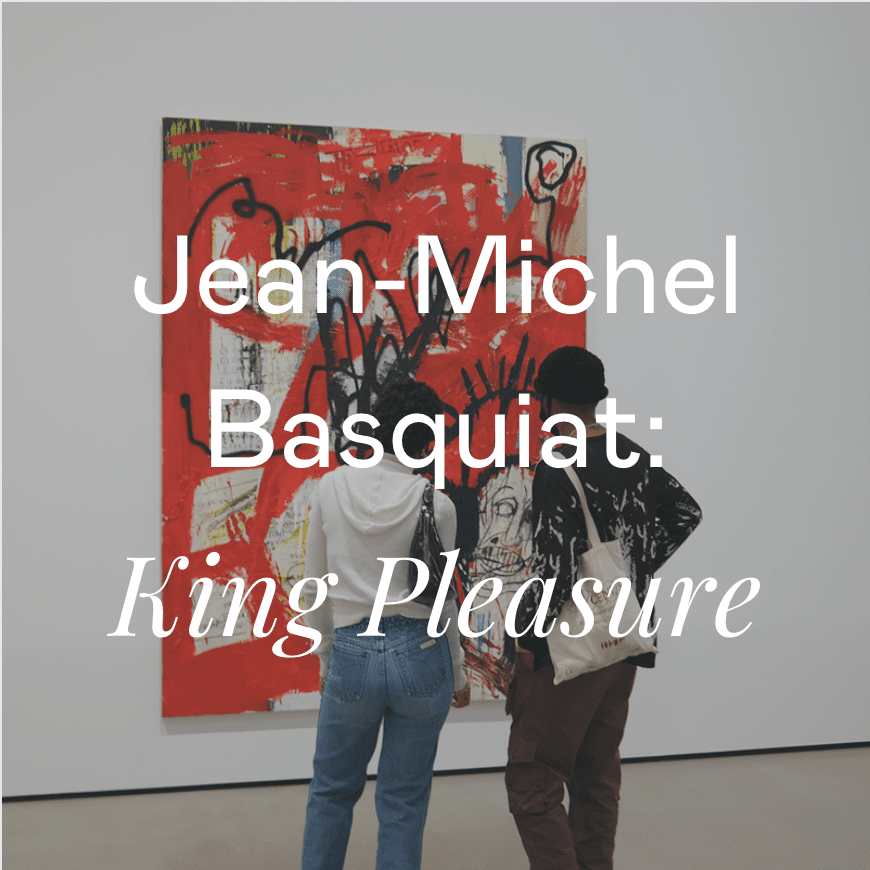 In honor of Black History Month, Knightsbridge Park looks ahead to a new exhibition at the Starrett-Lehigh building about the legendary visual artist Jean-Michel Basquiat that’s set to open this spring in New York City.

American artist Jean-Michel Basquiat (1960-1988) first came to prominence in the 1970s. New York City was a grittier, less forgiving place then, and the streets of the Lower East Side provided the perfect backdrop for Basquiat’s first works, “enigmatic epigrams” that he created with high school friend Al Diaz as part of the graffiti duo SAMO. Ten years after those early artistic adventures, Basquiat’s work was hanging on the walls of major art galleries. By his 20s, he had also forged close relationships with cultural icons of the art scene, including Andy Warhol, who predeceased him by just one year.

Basquiat’s rapid rise within the art world is well-documented. However, Jean-Michel Basquiat: King Pleasure, a new exhibition that will open on April 9th at the Starrett-Lehigh building (KB Park client)  at 601 West 26th Street in Manhattan, is a much more intimate, multidimensional portrayal of Basquiat through the eyes of his family.

Sir David Adjaye OBE, the Ghanaian-British designer behind the new exhibition at the landmark Starrett-Lehigh building in Chelsea, is celebrated on the international stage for “his ingenious use of materials, bespoke designs and visionary sensibilities,” according to a profile on his website. “The vision for this project,” Adjaye says, “is to reclaim the narrative of Basquiat’s life and work and to shed new light on an artist that is only partially understood.”

The show will trace key themes in Basquiat’s short but impactful life and will encompass:

We at Knightsbridge Park proudly salute our client Starrett-Lehigh for their dedication to amplifying Black and minority voices as part of the rich cultural fabric that is New York City. Follow us on Instagram, LinkedIn, and Facebook to learn about our services and some of the cultural events and attractions we’re keeping an eye on.