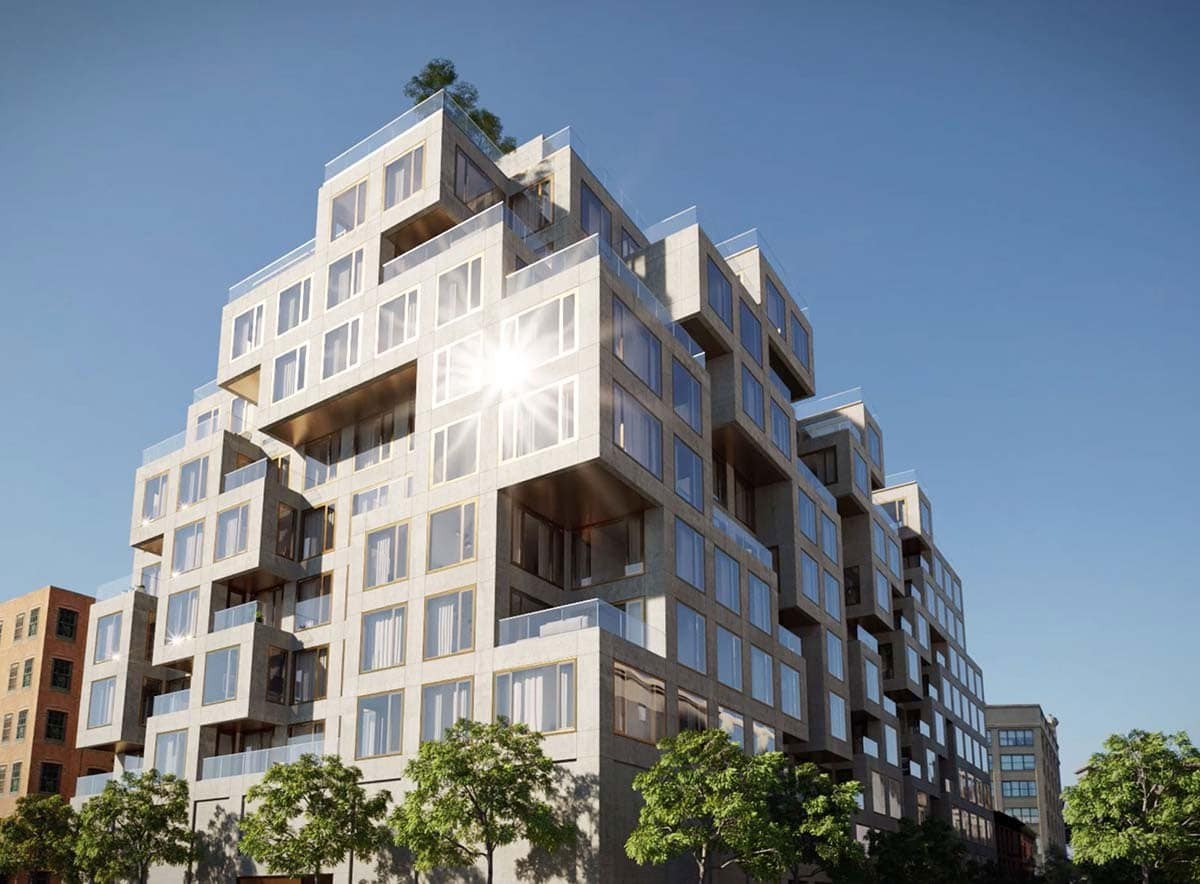 With construction entering the final phase at 98 Front, the Knightsbridge Park team is feeling anticipatory excitement about this Cubist condo project and the architects who designed it. Since 2007, ODA has been reshaping New York City’s sometimes chaotic landscape, bringing imagination and innovation to everything from luxury residential projects like 98 Front and nonprofit headquarters to museum spaces. In recent years, the firm has expanded its scope to encompass the globe, working on projects in eight countries just last year. But, as their work at 98 Front shows, their focus is still near their home base in New York City.

ODA’s work on 98 Front has been garnering attention since the project broke ground. The New York Times featured the design in a piece in April of 2019, highlighting 98 Front’s spacious interiors, oversized windows, luxurious amenities package, and its LEED certification, while New York YIMBY has been gushing about the building’s Cubist facade since renderings were released. Photo blog Field Condition checked in at the property once the facade was completed, giving readers an intimate look at the striking design, which resembles Tetris blocks and provides residents with increased privacy while creating spaces for sheltered terraces.

The homes at 98 Front are designed to bring residents into intimate contact with the Dumbo neighborhood and still provide an escape from the city streets. Oversized windows look out on Dumbo vistas framed by the towers of the Manhattan Bridge, while sound-attenuated glass keeps street noise in the street. Minimalist kitchens and baths highlight the spectacular views, and streamlined storage and appliances preserve the sleek, modern aesthetic. ODA’s architects were inspired by the neighborhood’s industrial heritage when creating 98 Front’s interiors, adding touches like exposed concrete ceilings in the living rooms to bring some of that legacy into the homes themselves.

This industrial chic continues in the building’s public spaces, especially the wood-paneled lobby and wellness spaces. ODA’s interior designers used cylindrical columns to punctuate the flowing spa and fitness centers as well as the residents’ lounge, while the 7,000-square-foot landscaped rooftop brings a touch of Old World charm, including a bocce ball court and shaded outdoor barbecuing and dining facilities.

ODA is dedicated not only to the aesthetics and function of a building but also to making sure that their projects are future-proofed. One way of doing that, like at 98 Front, is to design according to the exacting standards of the LEED program, which ensures not only that a building creates a healthy environment for residents but produces minimal waste and uses minimal energy during construction and after.