The Crown: 212 Fifth Avenue's Jewel of a Penthouse - KB Park 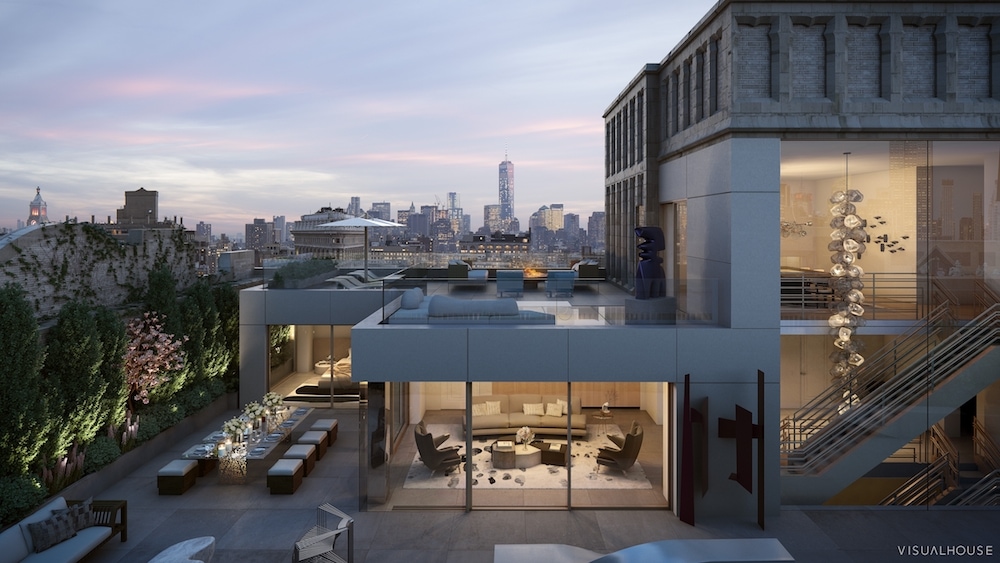 The New York City skyline is dotted with top-floor apartments that bear the designation of “penthouse.” But at 212 Fifth Avenue, the penthouse is much more than that—it’s a place where design, history, and luxury exist alongside one another, producing a penthouse home that is as unique as it is awe-inspiring. Named “The Crown,” the penthouse at 212 Fifth Avenue is indeed a jewel in the NoMad firmament.

Most impressive is the scale of this spectacular home. As one of the first skyscrapers in New York City, 212 Fifth Avenue’s steel framework allowed for high ceilings where commercial ventures could thrive in airy and sun-flooded environs. Over 100 years later, this engineering affords an extraordinary scale for daily living. 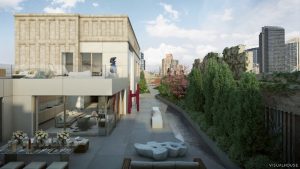 Ten thousand square feet of interior space pair seamlessly with the 6,000 square feet of outdoor space; the original 1912 building melds with new additions that elevate this to one of the most covetable homes in Manhattan, if not the world. And it’s all enveloped by the twinkling panorama of New York City.

From the Empire State Building, to Madison Square Park and the Flatiron Building, all the way to the Freedom Tower, The Crown’s views are singular, and with substantial character that raw height alone cannot deliver. It’s been said that the view is always better from on top; here, in this multilevel masterpiece, the view and the lifestyle are incomparable.

Accessed directly via elevator, The Crown’s foyer features gallery walls begging to display one’s private collection. The Crown has hosted pieces from the Westwood Gallery, including the works of Andy Warhol. One could make the claim that The Crown itself is a work of art, and the relationship between fine art and luxury residences is on full display at this very special residence. 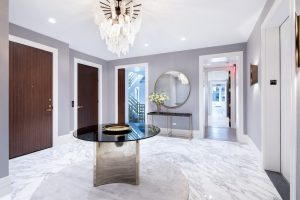 But of course, even the world’s most impressive homes must still feel like home. The Crown’s eventual resident will enjoy five bedrooms and five bathrooms, including a master suite that is at once massive and brilliantly designed. This home also features a wealth of spaces designed for leisure, reflection, and even entertaining. The Grand Room features northern, eastern, and southern exposures, and is lit overhead by a massive skylight. The result is a space that elevates both intimate gatherings and larger soirees, while imbuing a sense of tranquility to quiet weekend afternoons spent in the company of loved ones. Meanwhile, a roof terrace offers an observation deck, which is sure to impress guests, but will ultimately act as an exclusive oasis for The Crown’s lucky owner, offering a unique vantage point from which to survey their city. 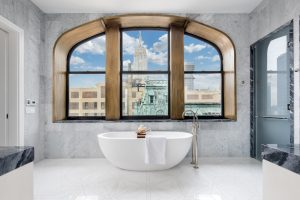 The luxury real estate landscape around Madison Square Park has changed dramatically over the past few years, with savvy buyers recognizing NoMad’s incredible wealth of fine restaurants, cultural institutions, and of course, the universal appeal of living above a New York City park. The Crown represents NoMad’s maturation into one of the most desirable neighborhoods in New York City, as well as the union of classic and contemporary architecture and design, and represents the rare opportunity to own a piece of real estate with all the appeal of show-stopping penthouses located thirty blocks north or south of 212 Fifth Avenue, but without the price point premiums associated with those neighborhoods.

Please click to view more information about The Crown, including floorplans, features, and pricing. 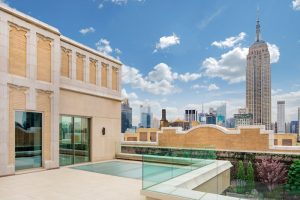